Along with most of my family, I got my booster shot last month. Neither the FDA nor the CDC had authorized it yet, but we’d been reading reports from Israel and other countries and knew it would do no harm.

We planned to take a cruise, one that had been rescheduled often since spring 2020, sailing from England, a hotbed of infection. The cruise line required every passenger and crew member to be fully vaccinated, but being belt-and-suspenders types, we figured an extra level of protection couldn’t hurt.

Frankly, the aftereffects were just a little more severe than the first ones. Mild headaches that lasted 36 hours instead of 24 and sore arms for two days instead of one. Nothing disabling, just a little discomfort, but well worth it, we thought.

Preparing to travel was a much bigger problem. We had to complete electronic forms for the cruise line, the airline, and the British government.

We photographed and uploaded official vaccination cards and had to answer very detailed questions about not only our health, but our vacation plans. Then we waited hours for the promised “instant decision” about whether or not we could enter Great Britain.

The cruise website finally approved us. The airline and government sites wanted more. We needed to show proof of negative COVID tests taken no more than 48 hours before departure. It was easy to get tested, but agonizing to wait for results.

Of course, we were certain they’d be negative, but they were done the day before Hurricane Ida. When it hit, dozens of lab employees were unable to get to work, so test results were running late. At home, I dealt with a leaking roof. In the suburbs one of us had a flooded basement, and another was trapped on the Turnpike for seven hours. But our overall concern was whether we’d get the negative results in time to fly the next day.

We did, thank heavens, and it took an hour (at 2 a.m.) for the airline and government websites to accept them.

At the airport (JFK) there was a separate line for folks who had pre-approved travel authorization, so the check-in process was relatively easy. On the seven-hour overnight flight, everyone remained masked. At least that cut down the sounds of snoring.

When we landed at Heathrow, we were taken by bus to another testing site, where we had to line up, present the papers backing up our electronic entries, and submit to additional testing. Afterward, we sat around awaiting results before we were permitted to board the ship.

On board, everyone seemed to be masked everyplace except in the dining and lounge areas. We stuck with our own group and didn’t interact much with other passengers. Ashore we saw everyone masked almost all the time. People everywhere were taking health safety very seriously.

Before we could return to the United States, we had to undergo another round of testing. This time the cruise line arranged for a medical team to come aboard and provide rapid tests to American passengers, about half the ship. We got our 20-minute test results about six hours later, so again we had the agony of waiting until the very last second to find out if we were cleared to fly home.

We were, and it was another middle-of-the-night effort to upload all the necessary proofs to the airline and the US government to fly the next day. Then on the plane, we had to complete contact-tracing forms from the State of New York.

Mounds of paperwork, gigabytes of documents, but a safe and happy vacation.

A former assemblywoman from Jersey City, Joan Quigley is the president and CEO of North Hudson Community Action Corp.

Submit letters to the editor and guest columns at [email protected]

Sun Oct 3 , 2021
A rush of people booking holiday travel is driving up prices and lowering inventory, with advisers recommending Americans who have been holding out to make plans soon. Some travel advisers say they started receiving holiday inquiries months ago, as people eager to take destination vacations near year’s end booked trips […] 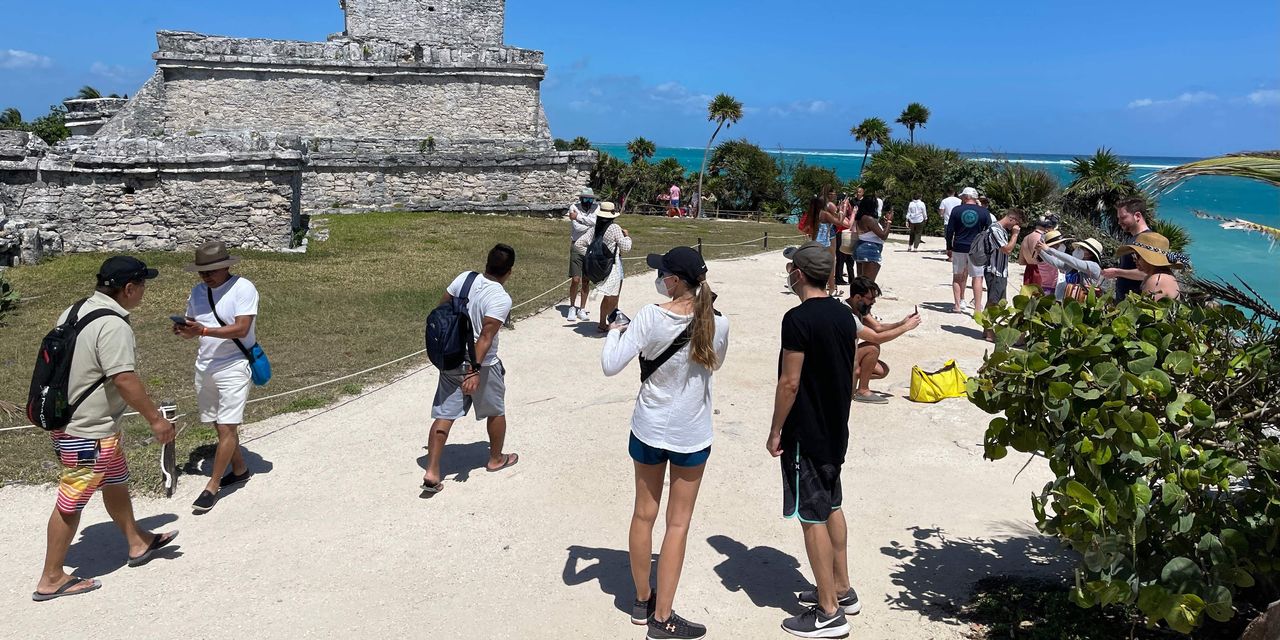