There’s no definitive timeline when international students can return to Australia in droves just yet, but the country is prioritising the return of its citizens, permanent residents and their family members before allowing non-citizens into the country. In light of this, many airlines are preparing for international travel for vaccinated citizens and residents in the country.

If you’re curious to know which flights from key destinations will be resuming international flights to Australia in preparation for the country’s border reopening to other groups of people, here’s what we know so far:

Major airlines including Cathay Pacific, Qantas and Emirates are among those who have announced international flights to Australia. On Twitter, the Etihad said, “We’re resuming flights from Abu Dhabi to Sydney by November 1, giving Australians overseas the opportunities to return home to visit their families and friends. Seats are limited.” Emirates also reportedly plan to resume operations to Australia by November 1.

Hawaiian Airlines recently announced that it would resume its non-stop service between Honolulu and Sydney on December 13, reported Lonely Planet. “We are thrilled to reconnect Hawaii and Australia and have been encouraged by the public’s response to Australia’s national vaccination programme, enabling the reopening of borders,” Andrew Stanbury, Hawaiian Airlines’ regional director for Australia and New Zealand was quoted saying.

International students planning for their potential return to Australia can forget the idea of getting cheap flights to Sydney for the rest of 2021. A one-way ticket from New Delhi to Sydney in the weeks after Christmas until the end of January — when Australia could potentially reopen its international borders to non-citizens — now costs up to US$3,541, according to an analysis of Google Flights. From Jan. 2, 2022, the price hovers around US$522 to US$545.

Sat Oct 30 , 2021
Royal Caribbean Cruises liner Serenade of the Sea shown here in France. (Jean-Francois Monier, AFP, Getty Images) Estimated read time: 2-3 minutes ATLANTA — It would’ve been unthinkable 12 months ago as the cruise industry reeled from the effects of COVID-19, but one operator is now offering an epic new […] 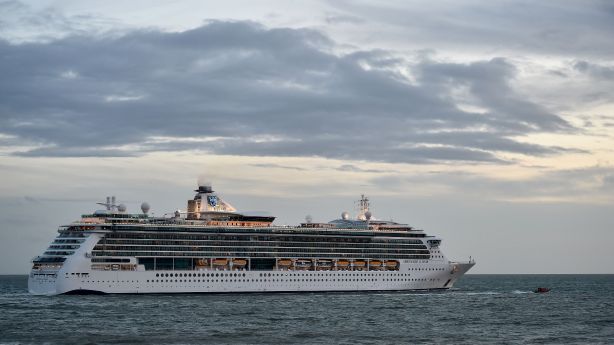