Even though cruise operations have resumed to Alaska from the United States, it’s not stopping Alaska Senator Murkowski from making sure that cruise ships are not stopped from visiting the state again in the future. During the suspension of operations, the Alaska tourism industry suffered due to no cruise ship calls forced by mandates and impacting small businesses.

U.S. Senator Murkowski (R-AK) has announced new legislation to protect the tourism industry in the state, which aims to not have a repeat of no cruise ships in the region as experience during the pandemic and the suspension of cruise operations.

During her keynote speech at the Southeast Conference Annual Meeting in Haines, the senator announced that further details would be released next week.

It all comes down to the Passenger Vessel Services Act (PVSA), prohibiting cruise ships departing from the U.S. to visit only U.S. ports. Cruise ships have to call at a foreign port such as Canada to make sure they follow the act. U.S. flagged cruise ships don’t have to follow the PVSA; however, most cruise ships with a capacity of over 1,000 are registered outside the U.S.

With Canada banning cruise ships to at least November 2021, it has had a huge impact on the state of Alaska as cruise ships departing from ports such as Seattle in Washington were unable to sail due to the need to visit a foreign port.

So this has lead to the Senator making sure the situation on no cruise ship calls to Alaska never happens again and to protect tourism by introducing the new bill. Sen Murkowski said, “While the PVSA is well-intentioned to protect American jobs and businesses, it had the unintended consequence of putting Alaskan businesses at the mercy of the Canadian government. It nearly wiped out Southeast Alaskan economies as we saw business after business ready to welcome visitors, but unable to because Canadians would not respond to our requests to allow foreign stops at their ports to meet the requirement of PVSA. We cannot let that happen again.”

Also Read: IDEAL Things To Do in Anchorage, Alaska

The bill that’s being introduced aims to exempt cruises between Lower 48 and Alaska with a passenger capacity of over 1,000 from the Passenger Vessel Services Act. The waiver plans to end once there is an actually U.S.-built cruise ship carrying more than 1,000 passengers.

Sen Murkowski said continues to say, “Next week, I intend to introduce legislation that will permanently exempt Alaskan cruises carrying more than 1,000 passengers from the PVSA. This legislation will create jobs for American merchant mariners in the cruise industry, and to ensure foreign-built cruise ships do not compete with U.S.-built ships, this waiver will end once there is a U.S.-built cruise ship that carries more than 1,000 passengers. We do not want to compete with U.S. shipbuilders—that’s why this legislation ends once there is an American market. Bottom line, we need to reform the PVSA so that Alaskans’ ability to engage in commerce isn’t derailed by the government of another country.”

The Senator has been an important figure in bringing back cruise ships to Alaska. She helped introduce the Alaska Tourism Restoration Act (ATRA) earlier this year and got the bill passed and signed by President Biden. This allowed cruise ships to circumvent the Passenger Vessel Services Act temporarily.

Currently, multiple ships are sailing to Alaska from Seattle, Washington. Royal Caribbean’s Serenade of the Seas became the first major cruise ship to restart in the region in July 2021. Since then, more vessels have restarted in the region, including from Celebrity Cruises, Princess Cruises, Holland America Line, Norwegian Cruise Line, and Carnival Cruise Line.

Alaska hosted over 1.3 million visitors via cruise ships, but in 2020 that number came to a complete halt due to the pandemic. According to a Southeast Conference report in June 2020, Skagway business revenue was down 80 percent compared to the same period in 2019. 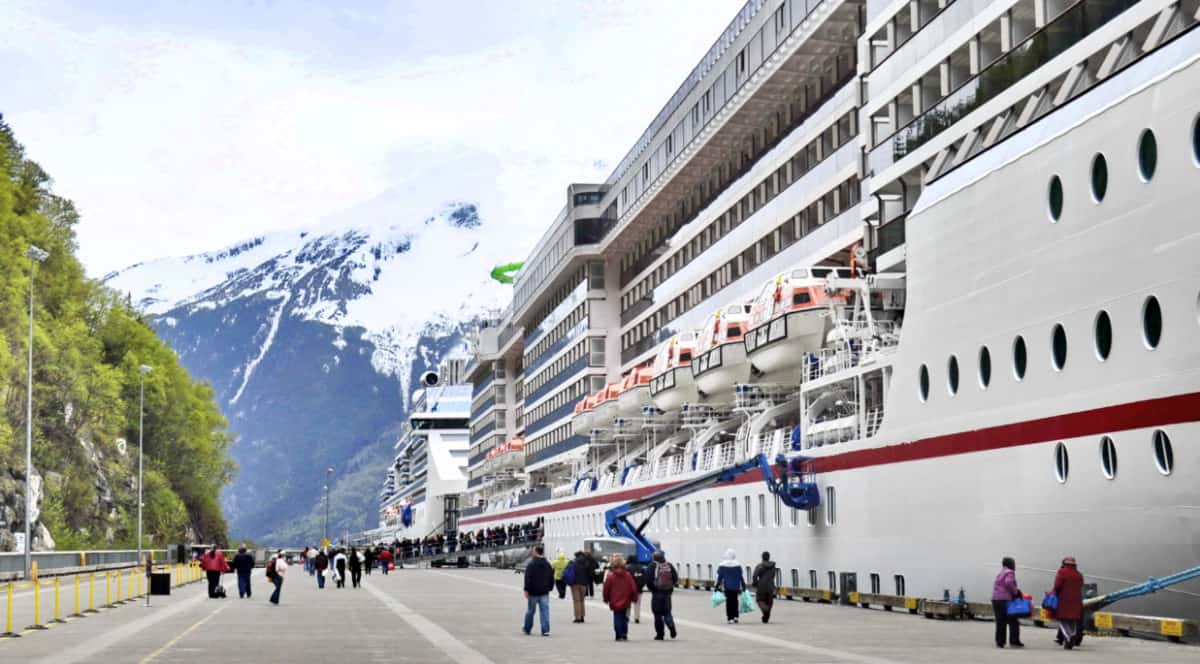 Fri Sep 17 , 2021
On the evening of 7 December 2010, in a hushed San Francisco auditorium, former Google engineer Patri Friedman sketched out the future of humanity. The event was hosted by the Thiel Foundation, established four years earlier by the arch-libertarian PayPal founder Peter Thiel to “defend and promote freedom in all […]