(CNN) — Winter weather continues to disrupt holiday travel across the United States on Friday, leaving travelers facing delays and cancellations during one of the busiest times of the year.

On Friday, 5,934 flights were canceled after nearly 2,700 cancellations on Thursday, according to flight tracking site FlightAware.

In addition to the cancellations, there were 10,949 delays among the flights still going out.

Slammed by wind-whipped snow, Buffalo Niagara International Airport in New York had to shut down flights entirely on Friday.

“The Buffalo Airport Airfield has closed due to hazardous weather conditions,” and all flights scheduled for the evening have been cancelled, according to a tweet from the airport’s official Twitter account.

At airports in Cleveland and Grand Rapids, Michigan, more than 70% of the flights have been canceled.

The FAA says the major air pressure changes associated with this storm will trigger high winds at airports from Boston down to Atlanta.

Airports in Chicago and Denver saw the bulk of cancellations and delays on Thursday. Chicago O’Hare International Airport was logging average delays Thursday of almost three hours due to snow and ice.

Airlines have issued winter weather waivers allowing passengers to rebook at no cost within a limited time period. Find links to the airline waivers and more air travel strategies here.

The growing cancellations make it harder for passengers racing against the clock and weather to rebook and arrive in time for Christmas. Flights this year were already more crowded than they’ve been previously — even before the storm disrupted travel schedules.

“We hear about how travel volume is still down, 5 or 10 percent, but what many folks might not have realized is that the number of flights in the sky is actually down more like 15 or 20 percent,” Scott Keyes of Scott’s Cheap Flights told CNN.

“The planes that are actually flying are more full today than they were pre-pandemic. That’s why there’s not as many empty seats to switch onto if you do find your flight gets canceled or delayed,” Keyes said.

Train and bus service hit, too

Amtrak has also been forced to delay or cancel passenger service for some lines in the Midwest and Northeast.

In its notice, Amtrak said “customers with reservations on trains that are being modified will typically be accommodated on trains with similar departure times or another day.

“Amtrak will waive additional charges for customers looking to change their reservation during the modified schedule by calling our reservation center at 1-800-USA-RAIL.”

Meanwhile Greyhound, the largest provider of intercity bus service, issued a service alert Thursday evening indicating that trips in the Midwest or upper Northeast may be canceled or disrupted.

In an alert posted on its website, the company said nearly 30 routes have been canceled for Friday, with a few cancellations listed on Saturday and Sunday. Cities impacted by the cancellations include Milwaukee, Minneapolis, Duluth and Kansas City.
Affected travelers can consult the Bus Tracker or call 1-858-800-8898.

Shane Phillips told CNN he was set to fly from Los Angeles to Seattle to visit family, but when he woke up Friday morning, his Alaska Airlines flight had been canceled.

This would have been Phillips’ first time back to Washington State since before the Covid-19 pandemic.

“I would say they’re (his family) upset, but they’re the ones experiencing the crazy weather, so they understand,” he said.

Phillips says he feels mostly disappointment but not a lot of surprise. “I knew the weather was supposed to be bad, but I was hoping I’d get in before the freezing rain hit,” he added.

Phillips’ family lives about two hours north of Seattle, so if he did make it to the airport, he says he could’ve been stranded. “They totally shut down transit, so I’m not sure how I would’ve left the airport,” Phillips said.

Other airlines had flights available for Saturday, but Phillips said they were priced at $1,000 one-way, “which is just too much.”

Phillips says he will make the best of things — as he’s now planning to attend a friend’s holiday party he would have missed if he’d made it to Seattle.

Thu Dec 29 , 2022
Earlier this month, Cruise Hive reported that Princess Cruises would be raising the cost of the daily crew gratuity and onboard WiFi; however, it seems the cruise line is now adding even more price hikes to its onboard programs.  The onboard beverage prices are increasing, which can be deduced by […] 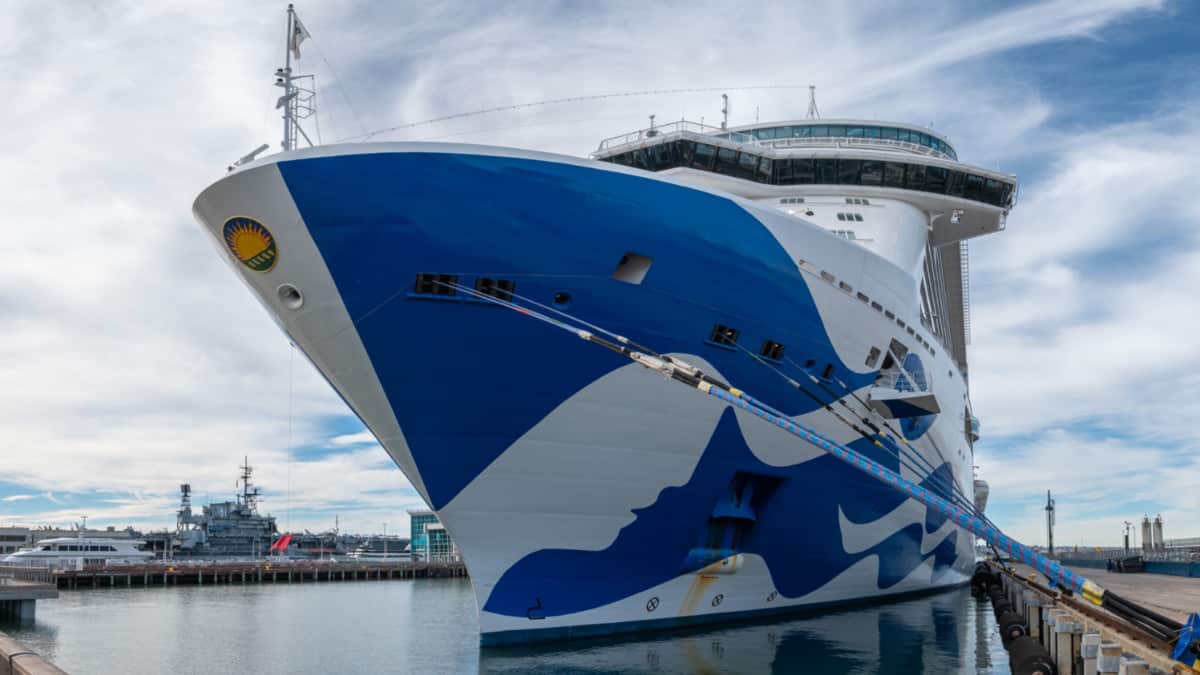