In March of last year, GOL Linhas Aéreas made its last scheduled international flights due to the COVID-19 pandemic. At that time, the airline operated to Argentina, Bolivia, Chile, Ecuador, Mexico, Paraguay, Peru, Dominican Republic, United States and Uruguay, from different airports in Brazil.

Argentina was the country with the highest number of GOL connections, especially in Buenos Aires. In addition to the capital, the Brazilian carrier had flights to Cordoba, Mendoza and Rosario, and to Bariloche during high season.

Part of GOL Linhas Aéreas’ international schedule had been modified due to problems with the Boeing 737 MAX. The affected routes were those to Mexico and the United States, which were operated non-stop from São Paulo and Brasilia. As these operations were carried out with Boeing 737-800s, they had to make a stopover, further lengthening the trip.

By early 2020, the company had created an international hub in Brasilia, allowing connections between GOL’s different flights. The airline’s routes from the Brazilian capital were Buenos Aires, Cancun, Miami and Orlando.

Currently, 100% of GOL Linhas Aéreas’ regular schedule is operated in Brazil. International routes continue with suspensions, as a consequence of restrictions in different countries, the COVID-19 situation and its impact on demand.

However, the company has a confirmed schedule starting in November, resuming its first routes out of Brazil. Between December and January, a large percent of the routes that have been cancelled will be restarted.

The first international route to be resumed by GOL will be Montevideo. Operations will begin on November 3 with Boeing 737-800, four times a week.

On the other hand, Brasilia – Cancun and São Paulo – Punta Cana routes will start on November 12 and 13, on Boeing 737 MAX 8 aircraft.

All this information is tentative and was extracted from the reservation system. Its fulfillment will depend on the evolution of the epidemiological situation and the border restrictions of the different governments, and that the governments grant the respective authorizations.

Next January, during Latin America summer season, GOL plans to resume flights to mainly tourist Brazilian cities. According to current information, Fortaleza, Natal, Recife and Salvador will once again be served by the company’s regional operations.

Sun Sep 19 , 2021
CAPE CANAVERAL, Fla. (AP) — Four space tourists safely ended their trailblazing trip to orbit Saturday with a splashdown in the Atlantic off the Florida coast. Their SpaceX capsule parachuted into the ocean just before sunset, not far from where their chartered flight began three days earlier. The all-amateur crew […] 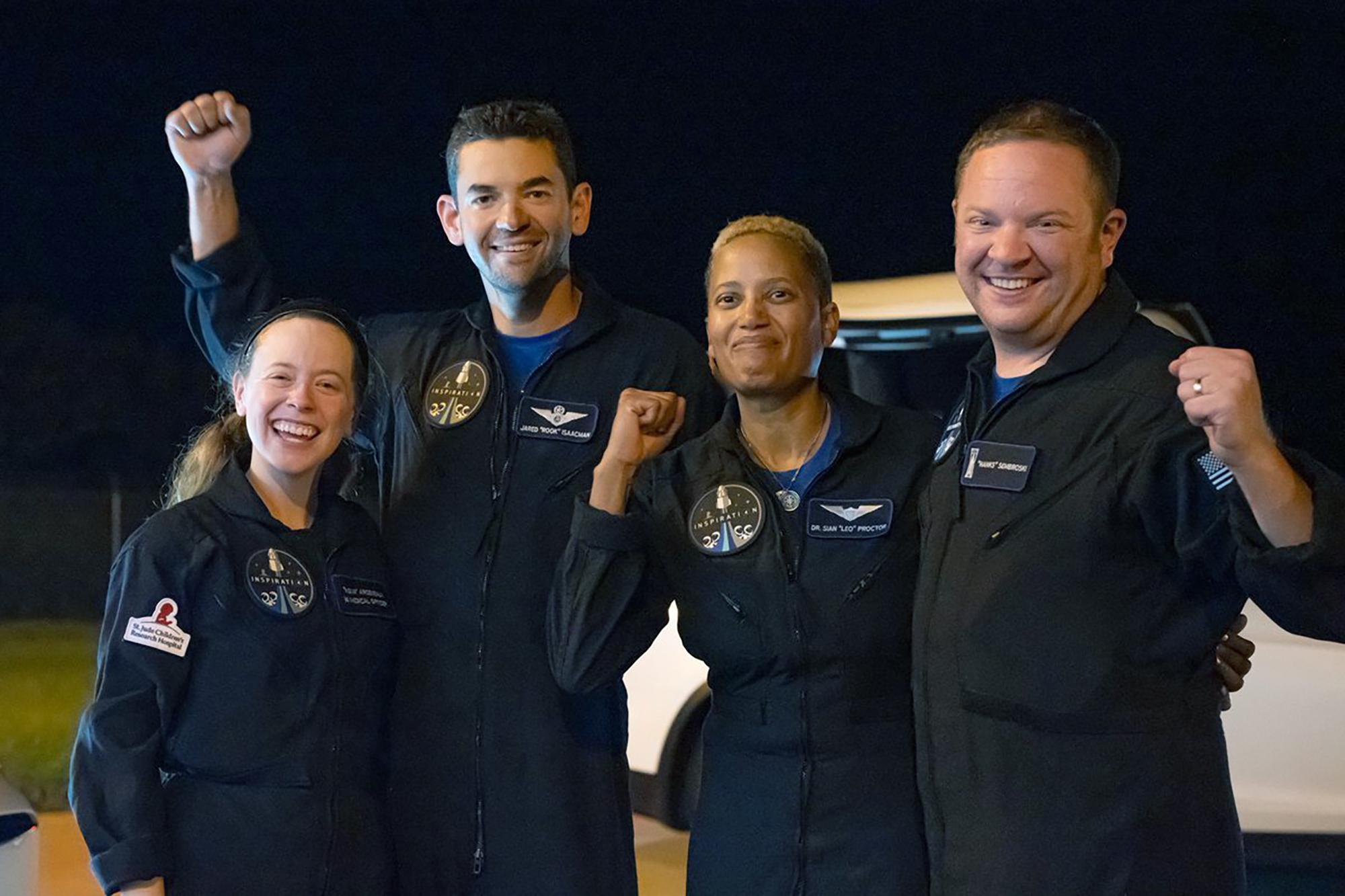