Country superstar Dolly Parton has built an empire that stretches far beyond her music. She’s dabbled in movies, coronavirus (COVID-19) vaccinations, and food. Parton has released a cookbook sharing her Southern specialties and has been exceedingly candid about what she eats every day. She once disclosed one of her strangest meal preferences, explaining that she doesn’t like eating pretty food.

Dolly Parton’s cookbook reveals some of her favorite recipes

In 2006, Parton published her cookbook, Dolly’s Dixie Fixin’s: Love, Laughter, and Lots of Good Food. She captured Southern cuisine by collecting 125 recipes from her mother, her mother-in-law, Dollywood restaurants, and her own experiences traveling. The book includes recipes such as chicken and dumplings, banana pudding, and stone soup. Per Amazon, Parton explained her reasoning for the book.

“I still like to try new foods as often as I can,” she said. “But when it comes to cooking for myself and my husband Carl and my great big extended family, which numbers into the multiple hundreds these days, what we really want to eat is what comforts us most: good, hearty food rooted in Mama’s cooking and those country gatherings of my childhood.”

The Queen of Country doesn’t like to eat pretty food

Parton’s cookbook shows her interest in good food, and she’s always been open about her favorite meals.

“Just give me my potato, any kind of potato, and I’m happy,” she once told The New York Times.

Growing up, her tastes revolved around what her family could find near their Tennessee home. This meant a lot of frog legs, river fish, catfish, squirrels, and even bears. As she got older, though, Parton expanded her palate. Now, there isn’t much she wouldn’t eat.

“I love Indian, Italian, and Mexican food,” she said. “And if it’s a romantic type of thing, I like a good French restaurant. Of course, somebody else has to choose the wine.”

Despite her openness to most cuisines, Parton still has some foods she doesn’t like. Surprisingly, this has nothing to do with flavors and everything to do with appearance.

Her favorite meal — fatty roast pork, fried okra, and turnip greens — is proof of this. The whole plate sticks firmly in the brownish-green color range.

“I can’t help it,” she admitted. “The greasier the food, the better.”

Though Parton has a taste for food she considers ugly, her recently released ice cream flavor is pretty. She partnered with Jeni’s Splendid Ice Creams to create the flavor Strawberry Pretzel Pie.

The cream cheese ice cream is blended with pink strawberry sauce and layers of golden pretzel streusel. It looks pretty good, and fans agree. According to Today, on the April 8, 2021 release date, so many orders hit the Jeni’s website that it crashed. The flavor then sold out twice and was selling on eBay for upward of $1,000.

Any fans who don’t want to follow Parton’s pretty food rule just have to hope the ice cream comes back in stock soon.

US easing COVID-19 restrictions for international flights to America

Wed Sep 22 , 2021
WASHINGTON — The U.S. said Monday it will ease airline restrictions this fall on travel to the country for people who have vaccination proof and a negative COVID-19 test, replacing a hodgepodge of rules that had kept out many non-citizens and irritated allies in Europe and beyond where virus cases […] 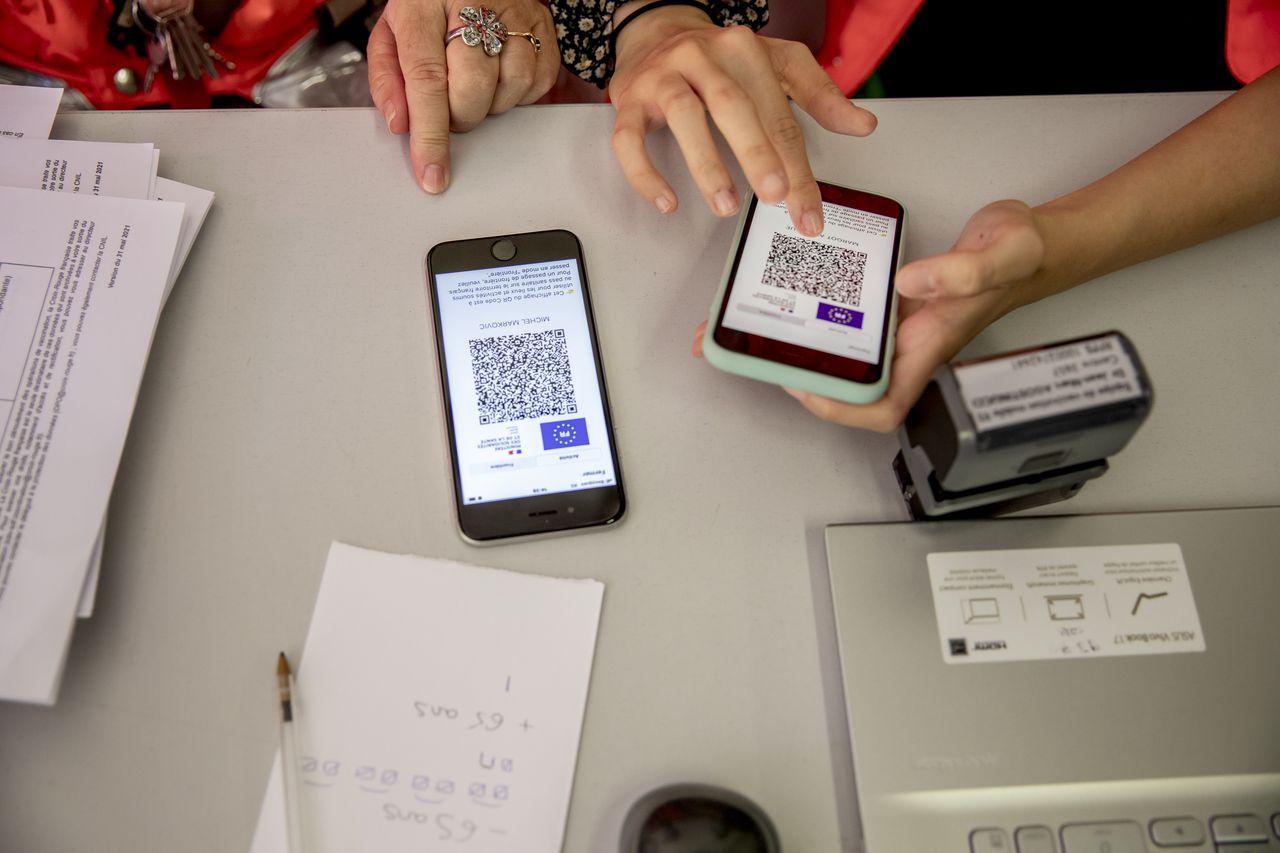