JERUSALEM—Apart from taking a Pilates class and enjoying an expensive dinner at Nobu, what else did former Israeli prime minister Benjamin Netanyahu do during his two-week vacation in Lanai, the exclusive Hawaiian island owned by Oracle founder Larry Ellison?

According to the Israeli daily Haaretz, Netanyahu, now the head of Israel’s parliamentary opposition, discussed with Ellison the possibility of joining Oracle’s well-paying board, whose members earn upwards of $500,000 a year.

It is doubtful whether Netanyahu, who was on vacation from Aug. 15 to Sept. 1, should have been there at all: Ellison, who is seventh on the Forbes list of the richest people on Earth, is also listed as a witness for the prosecution in Netanyahu’s trial on three charges of criminal corruption, which resumed this week after a three-month break.

The major drama on opening day occurred outside the courtroom—and outside the country—with news that Haim Geron, a former deputy director general of the communications ministry and another witness for the prosecution, died in a mysterious private plane crash near the Greek island of Samos.

Netanyahu was indicted in Nov. 2019 on charges of fraud, bribery, and breach of trust, including accusations that he received illegal gifts from wealthy benefactors, in breach of the law and Israel’s administrative code.

A suite at the Ellison-owned Sensei Lanai Four Seasons, where Netanyahu, his wife, adult son, and attendant bodyguards spent two high-season weeks in August costs a minimum of $1,200 per night. Excluding travel and dining expenses, the minimum market price for accommodations for Netanyahu’s Hawaiian getaway comes to approximately $50,000.

As a legislator, Netanyahu is prohibited from receiving any gifts or income beyond his basic parliamentary salary. He claims to have funded the Hawaiian resort vacation out of his own pocket.

In a statement, Netanyahu also seemed to assert that he is exempt from rules regarding witness tampering. “There is no prohibition on former prime minister Netanyahu meeting with a witness,” his office stated. “The list of witnesses includes hundreds of people, including his lawyers and members of his party, with whom he is in constant contact.” Netanyahu has long mocked the legal proceedings against him as a baseless, deep state conspiracy to remove him from office.

Netanyahu and his wife, Sara, who in 2019 was convicted of misusing state funds to cover personal expenses, are known for evading bills, including the fees of Netanyahu’s legal team, who quit after they were stiffed by the then-prime minister.

Since leaving office in mid-June, after twelve consecutive years as prime minister, Netanyahu has continued to entangle himself in legal woes.

In his last days as prime minister, Netanyahu demanded that the state cover the costs of a $25,000 repair to the air conditioner in his private residence in Caesarea. This followed extensive repairs to two Netanyahu-owned properties in Jerusalem, paid for by the public shekel. The Prime Minister’s Office also accuses him of having filched 42 official gifts he received when prime minister, gifts that are state property, and is demanding their return.

The gifts include a glass box adorned with gold leaves that was presented by then-president Barack Obama and an elaborate Bible given by Russian President Vladimir Putin.

Meanwhile, Netanyahu’s party, the Likud, is investigating the case of Efi Azoulay, who served as head of maintenance for the prime minister’s residence during Netanyahu’s tenure. After leaving office, Netanyahu, who remains party leader, secured a Likud job for Azoulay which the party comptroller, Shai Galili, defined as “fictitious work.”

Returning to civilian life has not been easy for the Netanyahus. Before departing for Hawaii, they spent a luxurious weekend at the presidential suite of a 5-star Haifa hotel, for which they paid only $623—a substantial discount from the real price of $2,740. “He didn’t know that there was a price differential between the room he booked and the one he actually received,” his office said, apparently oblivious to the law preventing Bibi from receiving any gifts. “When he was informed of this, he instructed that the difference be paid.”

The Dan Hotel refused to respond to media queries about who, if anyone, paid the Netanyahus’ bill, which it deemed “rumors and gossip.”

Uri Misgav, a columnist at the left-leaning daily Haaretz, wrote that while Netanyahu remains, in his own mind, “the father of the nation,” he is, in reality, an “eccentric millionaire who flits from hotel to hotel.”

Netanyahu’s office denies he was offered a seat on Oracle’s board. He would have to quit politics to accept any job in the private sector. Oracle did not respond to Haaretz’s claim, or to The Daily Beast’s request for comment.

It’s Official: Bitter Bibi Gets the Boot as Prime Minister of Israel

Waiting for him upon arrival back in Israel was the stern face of Jerusalem District Court Judge Rivka Feldman-Friedman, who heads the panel hearing Netanyahu’s trial, where the first witness in “Case 4000”—in which Netanyahu is accused of abusing his powers as prime minister and as communication minister so as to guarantee positive coverage in Israeli media outlets—is still being questioned after numerous delays.

Thus far, Netanyahu is not challenging the fundamental accusation that he used regulatory enticements to coerce the top echelons of Walla News, a popular news site, to do his bidding.

Instead, his defense is arguing, “everybody does it.”

When court reconvened, the witness, former Walla CEO Ilan Yeshua, was forced to listen to a recitation of text messages in which he seemed to protect the interests of several of Netanyahu’s cronies, including then-defense minister Avigdor Liberman and then infrastructure minister Silvan Shalom, who, unlike Netanyahu, are not accused of abusing their positions or demanding a quid pro quo.

“I can’t grade their strategy,” Tamar Almog, a veteran Israeli legal commentator for Kann News told The Daily Beast, “but I was surprised. Netanyahu’s indictment does not refer to ‘good coverage.’ It claims that Benjamin Netanyahu and his circle were involved in all the management of Walla News. But they definitely have the right to say, ‘OK, it’s nothing unusual.’”

Ellison is enmeshed in a similar case, in which Netanyahu is alleged to have attempted to persuade Ellison to buy a major Israeli media outlet or found an Israeli television station so as to ensure positive coverage for the former premier.

Read more at The Daily Beast.

Get our top stories in your inbox every day. Sign up now!

Daily Beast Membership: Beast Inside goes deeper on the stories that matter to you. Learn more.

Fri Sep 17 , 2021
NORTH PALM BEACH — Short-term rental owners in North Palm Beach will be required to register their properties and pay a $600 fee annually to operate in the village, according to a Sept. 8 vote by the Village Council.  The vacation-rental registration program will apply to between 20 and 30 property […] 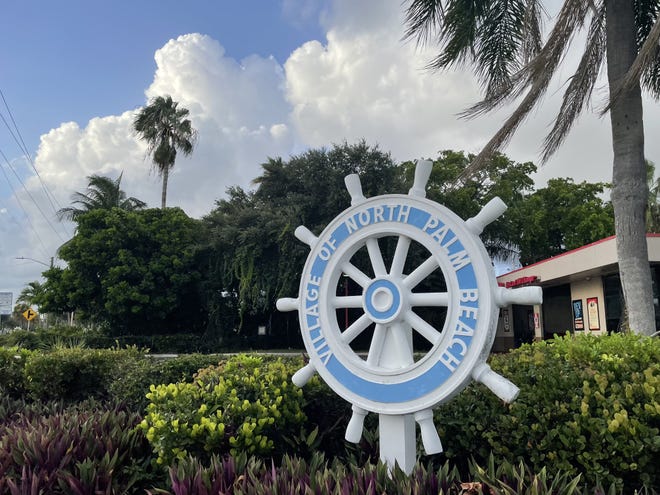