With international air travel expected to rebound next year, Raleigh-Durham International Airport is trying to persuade airlines to fly nonstop from the Triangle to new overseas destinations.

RDU’s governing board on Thursday approved incentives for airlines that establish new international routes. The program waives several airline fees, up to $250,000 a year per route for two years, and provides an additional $25,000 to promote a new flight.

The incentives would apply to nonstop flights of at least 1,611 miles, which excludes the Caribbean and eastern Canada but includes Mexico City and the rest of the globe, said Kenneth Strickland, RDU’s director of air service development.

RDU hopes to take advantage of a sharp upturn in international travel the industry expects next summer after two years of the coronavirus pandemic, Strickland said.

“We’re seeing the term ‘revenge travel’ thrown up a lot lately,” Strickland told members of the Airport Authority. “The idea is that because people haven’t been able to travel to many of these locations due to restrictions that have been put into place that we’re going to see an abundance of demand in these markets.”

Asked if RDU had any particular destinations in mind, Strickland said airport officials have been speaking to carriers about new international service but declined to say more.

“Given the negotiations we’re currently in, it just wouldn’t be appropriate to share that publicly,” he said.

Two destinations that aren’t eligible for the incentives are Paris and London, which were served by Delta and American airlines up until the pandemic.

When those flights might return remains uncertain, Strickland said. Delta recently delayed the restart of its Paris service from March to August 2022, he said, while American is still selling tickets between RDU and London’s Heathrow airport for flights starting in late March.

“But we know, as we’ve seen historically, if demand doesn’t warrant it that service will be pushed back,” Strickland said.

Under the new incentive program, RDU would waive no more than $500,000 in fees a year for two years, starting April 1. Additional passenger fees and other revenue from the new flights would more than offset that expense, Strickland said.

Air carriers are slowly restoring flights from RDU as the summer wave of coronavirus cases continues to recede. In the first week of November, American will restore flights to Cancun and John F. Kennedy Airport in New York and begin new service to Tampa, while Delta will resume flights to Newark and Reagan National Airport in Washington, D.C.

More than 800,000 passengers passed through RDU in September. That’s more than airport officials had expected and points to growth in the months ahead, said president Michael Landguth.

“Data for RDU and the country suggest that the lingering impacts of the delta variant on travel demand we first saw in July are continuing to wane,” Landguth said. “Declining U.S. Covid mortality rates continue to correlate with increased airline ticket sales.”

One sign of increased traffic at RDU: The cost of parking in RDU Central, the big deck between the terminals, will increase by another $1 a day for customers who don’t book ahead, starting Nov. 1.

When air travel collapsed in the first weeks of the coronavirus pandemic, RDU cut the RDU Central parking rate from $15 a day to $10. The drive-up rate has inched up to $12 a day since then and will soon be $13. Drivers who book online at least 24 hours in advance will still pay $10 a day.

Landguth said the increase will help RDU manage demand at the garage, which regularly nears capacity on weekends and holidays.

Richard Stradling covers transportation for The News & Observer. Planes, trains and automobiles, plus ferries, bicycles, scooters and just plain walking. Also, hospitals during the coronavirus outbreak. He’s been a reporter or editor for 33 years, including the last 21 at The N&O. 919-829-4739, [email protected]

Popularity of Cruising At Pre-Pandemic Levels

Mon Oct 25 , 2021
Over the last months, we have heard multiple cruise line executives mention the incredible popularity the companies are experiencing on bookings. It looks like those numbers are confirmed by a new survey conducted by U.S. News & World Report, so much so that the popularity of cruising is now surpassing […] 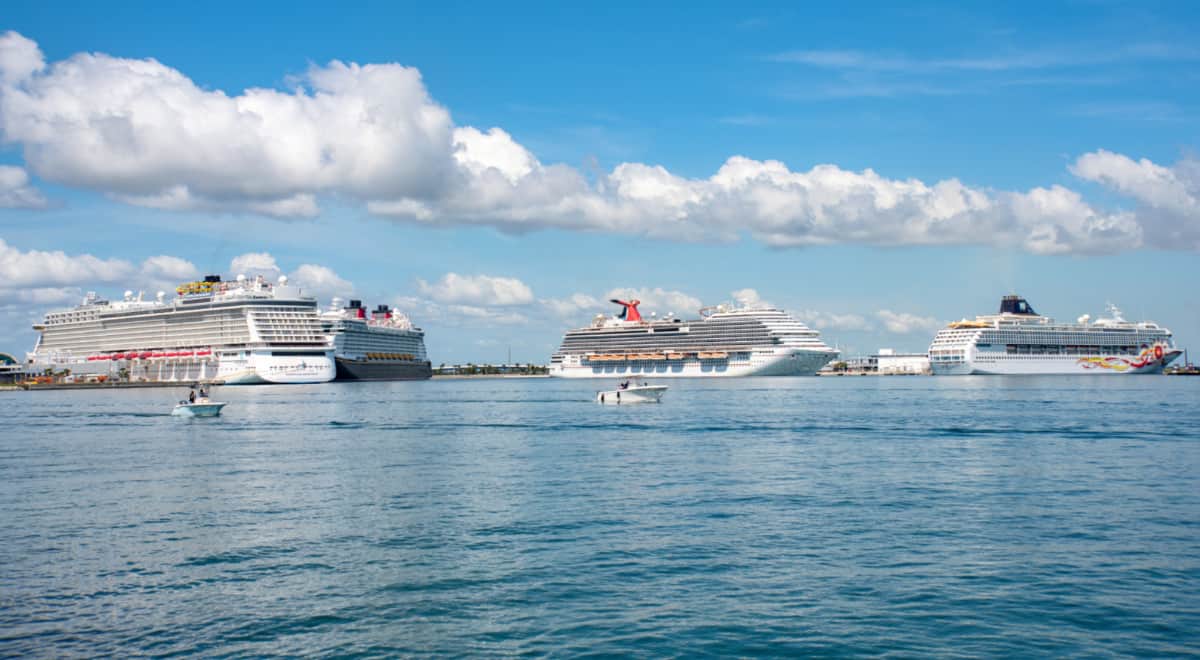