The Met Gala served a fully plant-based menu this year for the first time. What’s your approach to cooking without meat?

In my own home, I only serve meat once a week, because I believe we should not eat more than that. Historically, that’s how we eat meat in Iran. It’s a flavor enhancer, except with kabobs. But all the stews, all these complex dishes that are so delicious, are 90% vegetables. So I wanted to be able to even design a whole menu that is fully vegan, but also culturally sound without using any items that are not native to it, such as coconut. Such as tofu.

How did you narrow down the choices you’d present to Marcus Samuelsson for the Met Gala?

I was going to send them 20 dishes, and then I realized I’m limited to three items. [At first, I sent Marcus these dishes.] One is a dip made with olives, pomegranate paste, pomegranate seeds, herbs, and garlic. It’s almost like an olive tapenade.

It sounds delicious. Oh, my goodness.

It’s garlicky and has sweet-and-sour molasses with tons of local herbs. I was going to use a mix of mint and tarragon.

The other item was a little tiny potato pancake that we used to serve at Sofreh. I top it with a sour cherry marmalade, enhanced with vanilla and lime zest. I don’t even know if this was the requirement, but not only did I give them the recipe, I also cooked it for them and took pictures. And I said, “That’s how I would serve it.”

I’m hungry just hearing about it.

And the final item was a simple leafy salad with a red leaf or a Boston head, depending on whatever quality lettuce is available, topped with radishes and glazed dates and tahini dressing with chile. At Sofreh, I serve that tahini dressing with yogurt. I simply omitted the yogurt, and I increased the sourness and topped it with toasted sesame seeds. [Editor’s note: The dishes selected were not among these.]

You’ve said that opening your first restaurant was a 30-year journey. If you could, would you go back and pursue a career as a restaurateur at the start of it?

Probably not. Because the reason I am who I am is because of the life I have managed to have. I became a business owner. I finished my degrees. I traveled the world. I raised my kids and I lost kids. I went through so much in life. If I had opened a restaurant [at the start of my career] with the commitment I have to Sofreh right now, I wouldn’t have been able to have a life aside from Sofreh. And I’m glad I experienced this life. And I’m glad I treasured this dream in my heart. It was like a little seed that every year grew a little bit more roots to ground me to do exactly what I’m doing, exactly at this point. So who is to say? I don’t know.

As someone who has studied at law school, owned a printing firm, and catered, all before opening your own restaurant at age 59, what’s your advice for young culinary professionals?

Take different jobs, venture out, travel, and eat other people’s food as much as you can. For example, I [don’t eat much] meat personally, but you don’t know how many places I traveled to because somebody told me they made a special pork or beef dish. And I went not for my own pleasure but for the knowledge of it, for the understanding of it. And, again, foremost, hold different jobs. Experience working at a desk job for a little bit, even if you’re young. Dedicate yourself to do a little outside of your craft because every job, no matter what it is, teaches you something.

And in any opportunity, eat and be adventurous. Eat like you’re testing and sampling. I just traveled and was constantly nibbling and munching, making notes in my little booklet. Some things are just totally awe-inspiring, and some things make you go, “Fine.” But 10 years later, 20 years later, this all becomes your culinary knowledge.

This conversation has been lightly edited for clarity.

Tue Sep 21 , 2021
A dispute over a union contract is affecting officers helping other officers recover from Hurricane Ida ST. LOUIS — A group of St. Louis police officers who recently deployed to Louisiana to help officers there pick up the pieces of their own homes following Hurricane Ida have learned the city […] 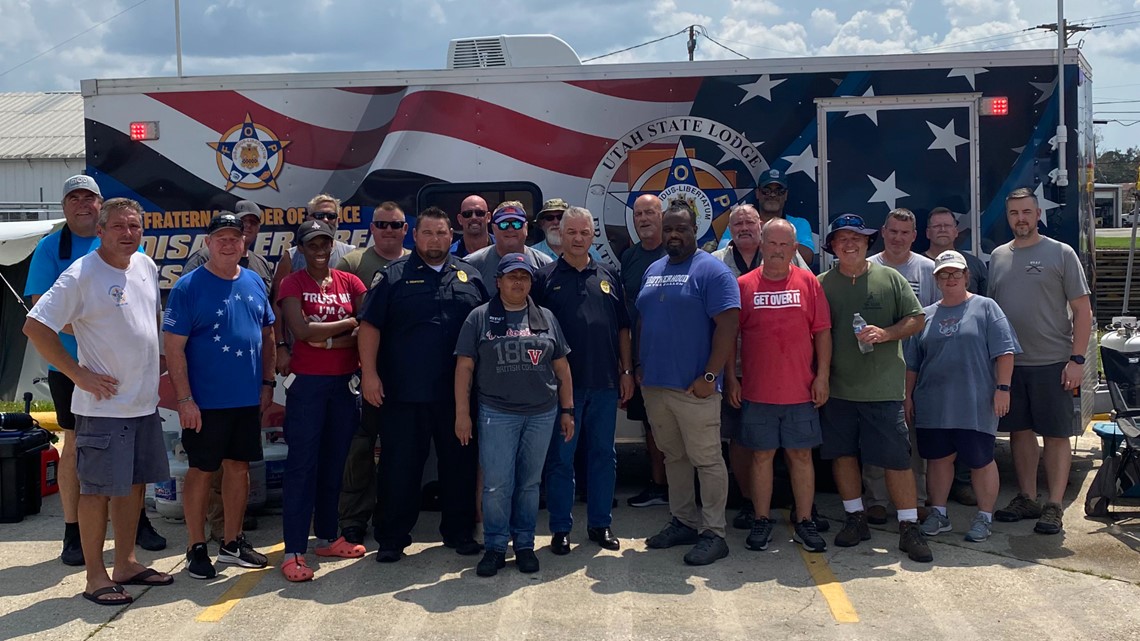