There was a time when this country was basically built around burgers and pizza. And while that kind of cuisine is still deservedly popular, we’ve elevated our foodie game over the last several generations. Presently, we’re a culinary-minded nation turning out some of the most interesting dishes on the planet. That calls for some festivals.

From coast to coast, we’re flexing all things edible Americana, from world-class seafood to entirely new genres built around inventive fusion. In short, there’s hardly been a better time to eat well in these parts. One of the best ways to experience that is by way of the food festival.

Below are some of the best food festivals in all the land. Show up hungry and curious and leave satisfied.

This one’s a big draw not just for foodies but gastronomy-minded celebrities too (NBA star CJ McCollum was just there with his newest wine release). The Aspen Food & Wine Classic features some 40 cooking demos led by big-name chefs like Andrew Zimmern, along with extensive tastings of craft beer, spirits, and wine. Plus, the sprawling outdoor grand tasting pavilion could not be more picturesquely set, with good smells wafting in the foreground and the Rockies beyond.

Set in several sunny Southern California locations, Food Bowl is the brainchild of the Times, home to one of the greatest food writers ever (RIP, Jonathan Gold). The festival itself is full of intrigue and a bit more intimate than most, fit with multi-course meals curated by some of the best chefs in the region. Better, there’s an emphasis on sustainability and the environment. All in all, it’s a proper reflection of one of the best and most eclectic food cities in America.

If you haven’t gone to South Carolina to dine, put it on your list. While you’re at it, check out Fall For Greenville, a mashup of 50 restaurants, 75 bands, and more than 50 combined beer and wine options. This year’s gathering featured an incredibly broad range of cuisines, from French and Mediterranean to Mexican and Jamaican. There are fun food contests and it’s even kid-friendly. And after hours, you can explore Greenville’s vibrant food and drinks scene, away from the festival tents.

Massachusetts knows its shellfish. With oysters, in particular, there’s so much to celebrate in this small town that the fest lasts all week. There’s music, shuck and run marathons, luncheons, oyster crawls, and much more. It’s a great option if you love seafood and you’re looking to slow down and savor things over the course of a few days, absorbing Wellfleet and becoming a local, if only briefly.

Sure, everything is better in Hawaii. But this standup festival would be a draw no matter the location, touting nearly 70 chefs from the islands as well as the mainland. Attendees can choose from three separate gatherings, stationed on the Big Island, Maui, or Oahu. The fest is a tremendous mix of elevated cuisine as well as backyard barbecue-style food, ideal for a lazy Hawaiian weekend. It’s a great spotlight of this one-of-a-kind archipelago and its wonderful agricultural, culinary, and hospitality realms.

Most people know that Portland is a prime destination for even the most critical of foodies. Feast celebrates the Rose City’s many culinary plusses, a major one being the enormous farm-fresh element. Not many cities in the country have this kind of access to so many ingredients, from endless produce rows in the valley to seafood on the nearby coast. In a single day at one venue, you can accomplish a month’s worth of munching around town. Next year, the gathering will celebrate hitting the decade mark. It continues to be a model fest, not only showcasing incredible talent but donating significant sums to worthy causes en route.

Austin’s foremost fest unfolds along a beautiful city park and features chef demos, book signings, tasting sessions, and meet and greets. The three-day affair sheds light on the many, many great chefs that are either from the area or have flocked to Austin and its electric culinary atmosphere. Of course, it wouldn’t be a proper Texas food festival without a fire pit for grilling and a taco-making contest.

The Ultimate Vacation Rental for Horror Fans is Hidden in Perryopolis

Tue Oct 26 , 2021
Even after you pass through the small town of Perryopolis, Buffalo Bill’s House is out of the way. To get there, you’ll need to pass through an imposing tunnel and over a one-lane bridge that spans the Youghiogheny River. There are surprises in store once you arrive — from the […] 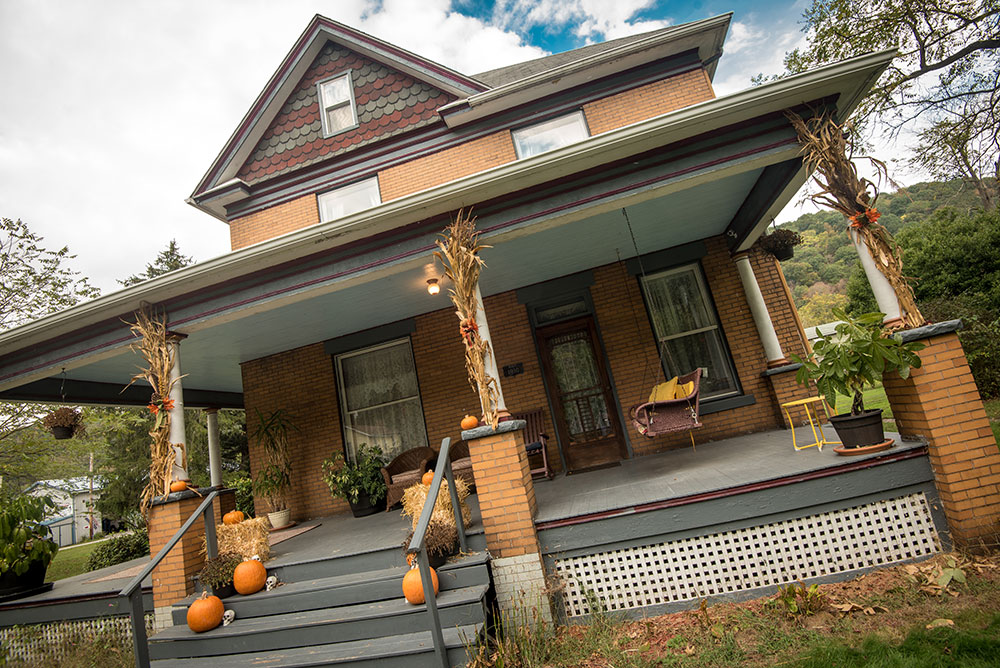