LONDON, Sept. 23, 2021 /PRNewswire/ — The World’s 50 Best Restaurants, sponsored by S.Pellegrino & Acqua Panna, today reveals its list of restaurants ranked from 51st to 100th ahead of the annual awards ceremony, taking place on Tuesday 5th October 2021 in Antwerp, Flanders. The annual list is created by a voting panel comprising over 1,000 independent authorities in the world of gastronomy, from renowned international chefs and food journalists to travelling gastronomes. This announcement has been much anticipated since the last list was revealed in 2019.

For the full 51-100 list, please see the attached infographic or scroll to the bottom of this release.

As well as comprising many restaurants in well-known gastronomic locations, this year’s list also celebrates those across many parts of the globe. Belgian seaside town Koksijde is represented by Willem Hiele at No.77 and La Grenouillère in La Madelaine-sous-Montreuil in northern France re-enters at No.91. Cape Town’s gastronomic star is also on the rise, with La Colombe rising 33 places to No.81, while Fyn is a new entry at No.92.

More Asian Restaurants Than Ever Before

As well as those from Asia, an additional six countries can boast new entries to this list this year: Denmark (Alchemist, Copenhagen, No.58); Belgium (Willem Hiele, Koksijde, No.77); two for the UK (Brat, No.78, and American Express One To Watch Award winner Ikoyi, No.87, both in London); Colombia (El Chato, Bogotá, No.80); France (Le Clarence, Paris, No.84); two also for Peru (Mil, Cusco, No.90 and Kjolle, Lima, No.95, both from Best Female Chef winner Pía Léon) and one for South Africa (Fyn, Cape Town, No.92). You can view the full list from 51-100 here.

William Drew, Director of Content for The World’s 50 Best Restaurants, comments: “With restaurants in 22 countries across six continents, the 51-100 list this year recognises a broader range of destinations than ever. We’re thrilled to see 13 new entries join the list for the first time, as the gastronomic world continues to overcome the huge challenges wrought by the pandemic. We look forward to sharing the celebration at the awards ceremony in Antwerp, Flanders on 5th October.”

Presented the accolade of The World’s Best Female Chef Award, sponsored by Nude Glass, Pía Léon has two restaurants feature on the 51-100 list for the first time. Kjolle enters at No.95, after receiving the Highest New Entry Award in Latin America’s 50 Best Restaurants 2019.  Mil, the Cusco restaurant and research centre Léon runs with husband Virgilio Martínez, debuts at No.90.

The World’s 50 Best Restaurants 2021 list is voted for by more than 1,000 international restaurant industry experts and well-travelled gourmets who make up The World’s 50 Best Restaurants Academy. The gender-balanced Academy comprises 26 separate regions around the world, each of which has 40 members including a chairperson. No sponsor from the event has any influence over the voting process.

Professional services consultancy Deloitte independently adjudicates the World’s 50 Best Restaurants list, including the ranking from 51-100. This adjudication ensures that the integrity and authenticity of the voting process and the resulting lists are protected.

The World’s 50 Best Restaurants 2021 will be announced live at a ceremony being held in Antwerp, Flanders on Tuesday 5th October, which will also be streamed live on the 50 Best Facebook and YouTube channels. Ahead of the ceremony, renowned chef Massimo Bottura of former No.1 restaurant Osteria Francescana and part of the exclusive ‘Best of The Best’ group, will host a live stream from the red carpet, where stars of the culinary world will gather in person once again. The announcement of the list and individual awards can be followed via the 50 Best social media channels, with the livestream beginning at 16:30 CET.

About the host destination: Flanders

Flanders is a small region where everything from delicious food to wonderful music takes craftsmanship to new levels. Artistic cities such as Antwerp, Bruges, Brussels, Ghent, Leuven and Mechelen are home to culinary delights, delicious chocolate and an endless variety of local and artisanal beers. You’ll ﬁnd cutting-edge design and fashion that’s ahead of its time side by side with architecture that’s up to a thousand years old. Its Flemish Masters were experts in their craft, such as Jan van Eyck, who revolutionised oil painting techniques. Prepare for an experience: Flanders wants to share its secrets, its delights and its magniﬁcence with all. www.visitflanders.com

About the host city: Antwerp

Antwerp has a rich culinary tradition, where food and drink are elevated to true art forms. Its natives love to eat and drink in the vast array of restaurants, cafés and bars that the city houses. The multi-cultural cuisines that for centuries have found their way to Antwerp thanks to the city’s port and its immigrants combined with local specialities have created a gastronomy with a fascinating and varied palate of flavours. And while Antwerp might be famed as the world diamond capital, as an icon for fashion and as an international port city, it can certainly hold its own against other cities when it comes to gastronomy. www.visitantwerp.be

Belize could be the new Bahamas for vacation homes

Wed Sep 29 , 2021
This article is reprinted by permission from The Escape Home, a newsletter for second homeowners and those who want to be. Subscribe here. © 2021. All rights reserved.  Angie Mclean has been traveling all over looking for a place to call home once her kids have grown up. First she […] 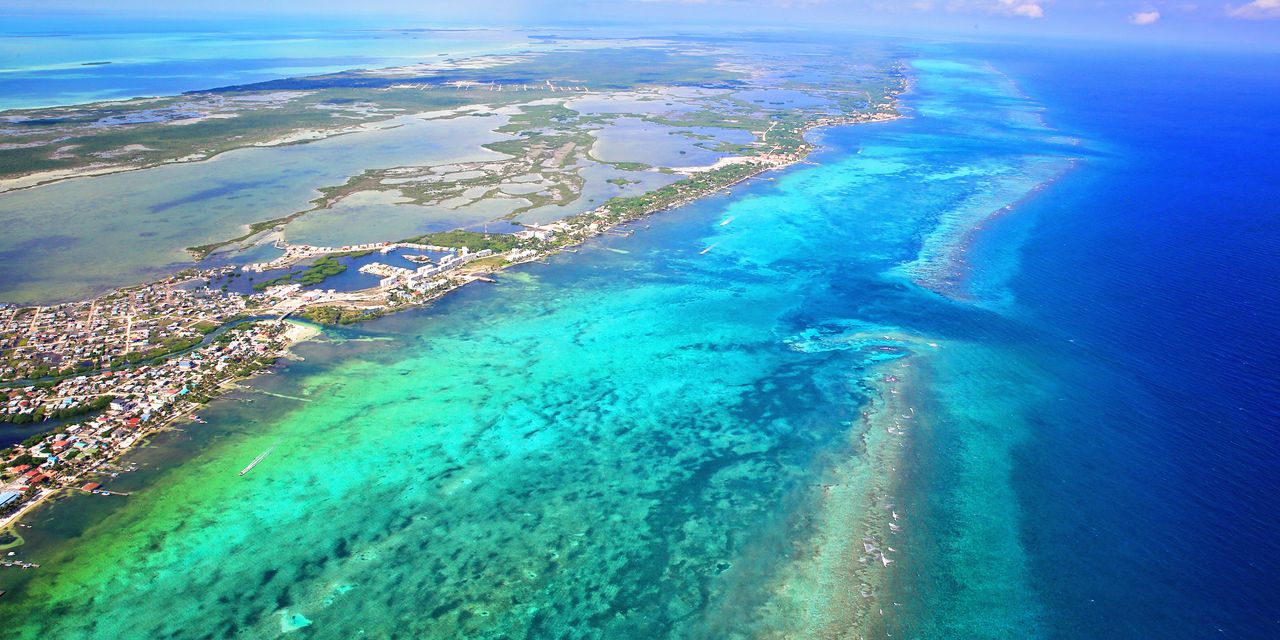