Tradicional 636 is aptly named. The large menu contains traditional Mexican (as opposed to Tex-Mex), including versions of tacos, burritos, enchiladas, tostadas, fajitas, and more as interpreted through the lens of its owners, who hail from Guanajuato and Veracruz, respectively. “The recipes and flavors change throughout every region in Mexico,” Ornelas explains.

Tradicional 314 is similar in that 70 percent of the menu items are the same, while the remainder are not. “We thought Creve Coeur was the right place to try out something different, things that were new or little-known in St. Louis,” says Ornelas.

Standard-filling street tacos are available, for example, as are options with beef tongue, cheek, and tripe, which are not as common. In addition, any taco can be made “crunchy” with a trip to the flat-top grill. Fries can be added to any burrito. Torta are available made several ways—one even resembles a Mexican hamburger.

But Ornelas and Enriquez are especially proud of the restaurant’s less traditional options. During the week, specials include aguachile (a Sinaloan ceviche made with shrimp, scallops, and tilapia, in a bed of fresh salsa made with serrano peppers, red onions, and cucumbers), deep-fried mojarra (think: tilapia), or alambre (a loaded fajita that includes bacon and ham). Or onsider the pellizcado (meaning pinched), a thicker tortilla with pinched edges that comes topped with a choice of meat, queso fresco, cilantro, and a special cooked salsa.

The Instagram-ready showstopper is the protein-heavy molcajete (named for the stone vessel that it’s served in). It includes skirt steak, chicken, chorizo, shrimp, cheese, sweet cambray onions, and nopales.

The bar includes an abundant selection of beers, tequilas, and a handful of mezcals that can be sipped, subbed into a margarita, or slipped into one of 25 signature drinks. Fresh fruits—mango, strawberry, and cucumber habañero—can be added to the house frozen margaritas.

The atmosphere is on the less traditional side as well, with a depiction of Mexican culture rather than tchotchkes. A colorful mural shows dances from different regions of Mexico. Wallpaper evokes the Day of the Dead. Photos depicting the national sport, charreada (envision a Mexican rodeo) and one of a Mexican movie starlet. Above the bar are two folk heroes: José Alfredo Jiménez Sandoval (a Mexican singer-songwriter from Guanajuato) and Pedro Infante Cruz (a Mexican actor-ranchera singer from Sinaloa).

Asked about the possibility of a Tradicional 618, Ornelas just smiles and his eyes light up.

International flights to return to regional airports after pandemic restrictions

Fri Nov 5 , 2021
International air traffic will be returning to more regional airports soon, after flights were restricted for most of the year as part of the government’s efforts to control the COVID-19 pandemic. At a news conference Tuesday, Transport Minister Omar Alghabra said airports at eight mid-sized cities can reopen their runways […] 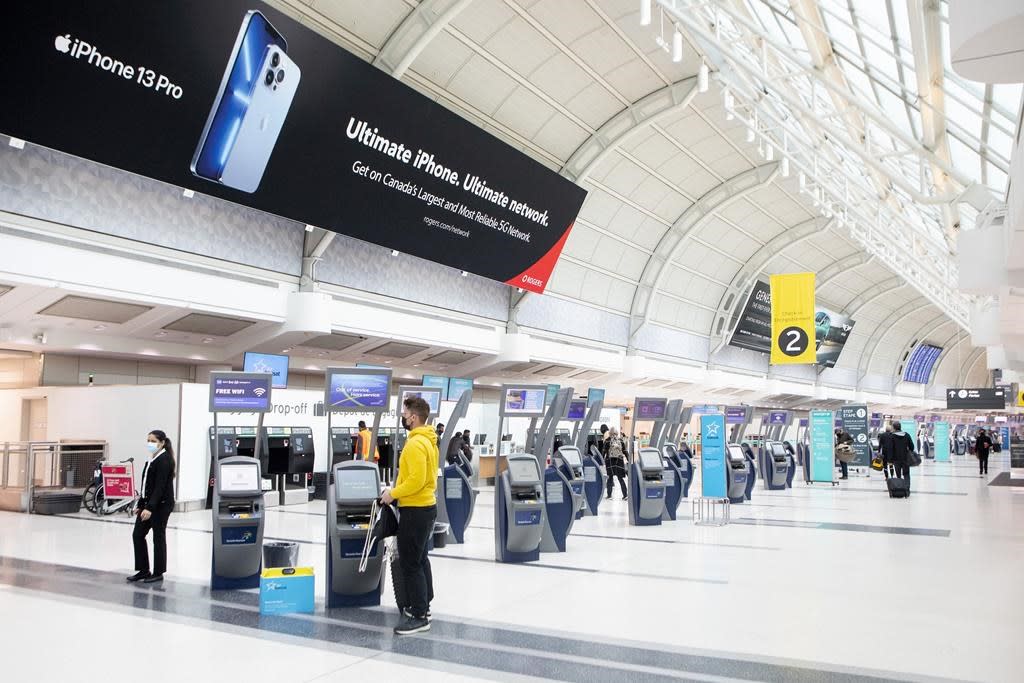